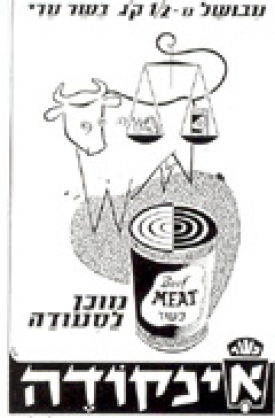 Incoda was an Israeli-owned beef export company. The company was used between 1955-1964, as a successful commercial front for intelligence in Africa. Yossi Harel, a former Military Intelligence officer, managed the Incoda factory in Asmara, Eritrea (at the time under Ethiopian rule). One of its directors says: "Incoda was a station for Israeli intelligence in Africa. We had a huge arms cache. It was there when we arrived. We just served as the cover. There was a military delegation, and they did their correspondence through us. With Israeli spies in Arab countries as well. We were only a cover in Mossad deals. When they had to send somebody to an Arab country, they did it through us... We transmitted mail to spies in Arab countries in our ships" (Duek, 1986, p.25).