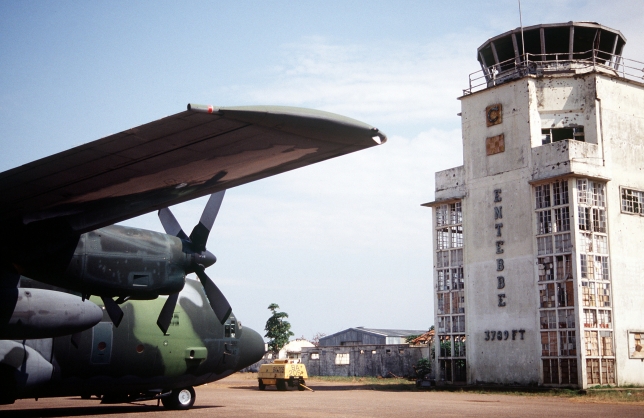 Operation Entebbe was a successful counter-terrorist, hostage-rescue mission carried out by commandos of the Israel Defense Forces (IDF) at Entebbe Airport in Uganda on 4 July, 1976. A week earlier, on 27 June, an Air France plane with 248 passengers was hijacked by two members of the Popular Front for the Liberation of Palestine – External Operations (PFLP-EO) under orders from Wadie Haddad (who had earlier broken away from the PFLP of George Habash), and two members of the German Revolutionary Cells. The flight, which had departed from Tel-Aviv and destined for Paris, was diverted after a stopover in Athens via Benghazi to Entebbe, the main airport of Uganda. The Ugandan government supported the hijackers, and dictator Idi Amin personally welcomed them.