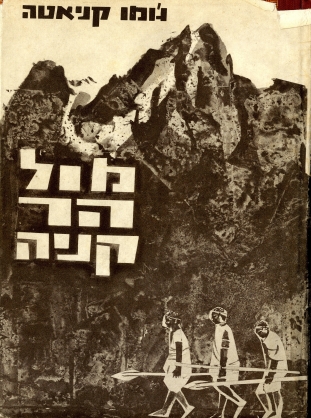 Facing Mount Kenya is an ethnography of the Kikuyu (Gekoyo) tribe in Kenya. It was written by Jomo Kenyatta and published in 1938. Kenyatta, an anthropologist who received his education in the London School of Economics, was a political anti-colonial activist and the first prime minister of independent Kenya. Kenyatta’s book in a unique example of an ethnography – a symbolically “imperial” practice - written by an African anthropologist, studying his own tribe. The book was translated to Hebrew by S. Avidor in 1964.