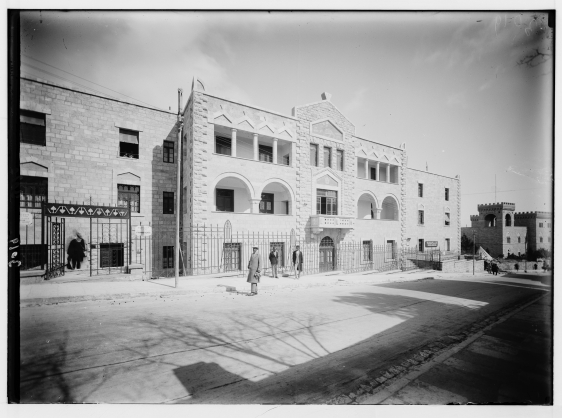 Emperor Tewodros II (1855-1868) called himself “the husband of Ethiopia and the fiancé of Jerusalem”, and built a strong army so he could regain Jerusalem from her captors and asked Europe for help in this endeavor. Emperor Yohannes IV (1872-1889) received a permit from Sultan Abdul Hamid II to purchase land and build outside of the old city walls of Jerusalem.
In 1882 the emperors started to build “Kidana Meherat” (the Covenant of Mercy) church on a land that was inhabited by Ethiopian monks. The church was crowned with a black dome and a typical Ethiopian cross at its apex. It had a round shape structure, 22 meters in length, width and height and was completed in 1893.
The Emperor Menelik II (1889-1913) and his wife Queen Taitu continued to buy land and build houses for the Ethiopian community in Jerusalem. They were responsible for completing the construction of the church. Taitu raised funds from the richest men in Ethiopia in order to buy land in Jerusalem and was considered as the mastermind behind the Jerusalem building project.

This project is the only recorded that an African country built outside of the continent.