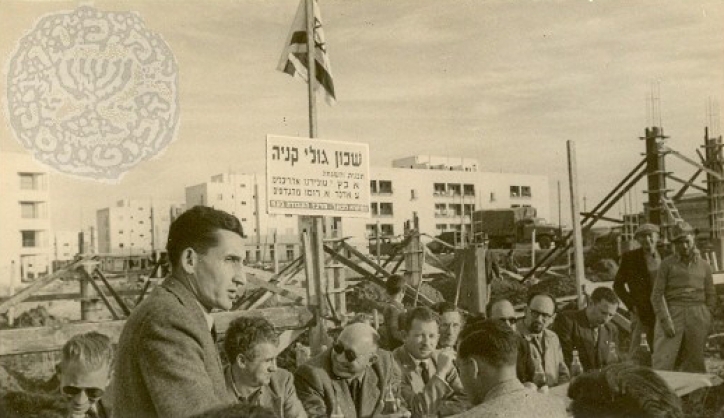 A. Katz and Y. Tolidano Architects
A. Adler and A. Ruso Engineers

From October 1944 to July 1948, 439 men of the underground Jewish organizations Irgun and Lehi, were deported by the British Mandate authorities from the Latroun prison to internment camps in Africa, located in Sembel (near Asmara, Eritrea), Carthago, Sudan and Gilgil (north of Nairobi, Kenya). The deportees were released and returned to Israel on 12 July 1948. A group of these exiled members collaborated in the building of a housing project in YadEliyahu, a neighborhood in east Tel-Aviv. The project - located at 4 Wingate Street\ 15 LaGuardia street - was executed by Working Center Inc. In the Photograph: The cornerstone laying ceremony, 1948.
Suggested linked items :